2017 – This year, I promised myself that I’m going to travel more often and enjoy the beauty of the different local attractions. I have never really been that adventurous when it comes to traveling or going out in general. Yes, I had started meeting with friends more regularly starting mid last year but that was just it.

Anyhow, one of the top destinations on my list is the Ilocos province because (1) I have been more of a southern Luzon girl than ever so I wanted to explore the north; and (2) I have learned from friends that there are a lot of wonderful historical places to visit there (though, in general, the entire country is filled with beautiful historical destinations).

A random “yayaan” (yes, I’m going to code switch now) in the office sparked a search for an affordable travel package. Just a backstory, I worked for an outsourcing company for over a year and met a bunch of funny and likable officemates. 😀 I became more sociable (it may not seem so at first but I’m more of an introvert before). So, with this, I found an affordable package from Travel Galore.

A quick review of their services before I proceed with the fun parts of the trip. Travel Galore was responsive online (I first contacted them through fb). Their staff was available, most of the time, whenever I had questions and asked for clarifications about the trip. It was also good that they only required an initial reservation fee of 300 pesos per person. Also, even though there were some unexpected mishaps with my peers before the trip, the travel agency was able to accommodate the changes and the staff was able to give light to my concerns about the payment, accommodation, and such.

We had a copy of the itinerary and we already booked an exclusive tour. So, here came the actual tour. From the night of the drive to Ilocos up to the last day, everything was late. :’D I’m not sure how to exactly express my thoughts on this one, but we wanted to be on time and try our best to make the most of the day, right? But, no, all (okay, not everyone, but still) the other tour vans had to wait for each other.

Also, our accommodation was downgraded. We booked and paid for a place with a pool or a beachfront accommodation (this came with additional price). I asked for a refund with this because their first computation for the remaining balance was the same when I came to their office. Oh my.

Nevertheless, our group initially shrugged off this concern during the first day because we truly wanted to enjoy our “vacation.” However, things became more uncomfortable and also unprofessional on the second day. The morning pick up came almost two hours later than the time agreed upon and there were two additional people joining us for the day. We paid for the entire van already, for 12 people even though we were only 10 in the group. So, some of my friends had an uncomfortable ride throughout the day because we had to squeeze ourselves in the van. Then to my surprise, I wasn’t informed beforehand. I had to ask the driver about this when we stopped for the first tour of the day to only find out that the other two ladies joining us were “from the office” [Travel Galore]. That we could ask those two women questions because they would also be somewhat like tour guides. But, lo and behold, they didn’t even bother walking with us during the first two stops. They only got off the van for lunch and when we went to Bangui Windmills. The nerve! Also, the driver said a different story to my friends before they came that there was a problem with one of the other vans. Anyhow, I would have been considerate if they were only professional enough to have informed me in advance and not made up stories. Overall, the service was meh. 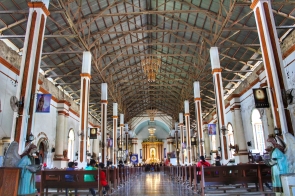 The more modern look inside the church

The chandeliers in the Malacañang of the North 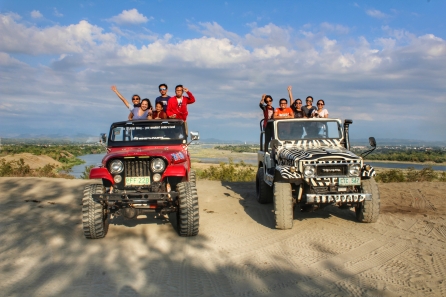 Our Lady of Charity at Bantay Church

Apo Caridad and the Bantay Bell Tower at the back 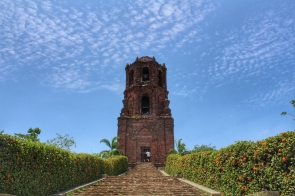 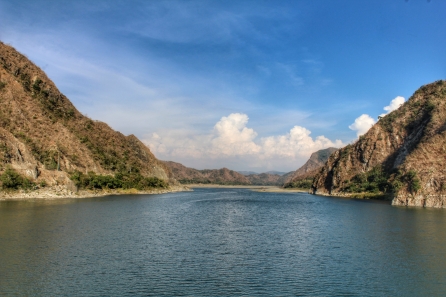 Now, there are a lot of beautiful shots from the trip, but the ones that remain in my drive are those with hundreds of people flocking the streets and the other attractions. Yes, there were too many people during this trip. This is what happens with places that have become popular. I just hope that the tourists keep the areas clean because in some of these locations, there were a bunch of trash already. I wish that people truly enjoy the experience and not just take instagram-worthy shots.